Petition to the Congregation for Catholic Education

28 June 2019 – Some weeks ago, the Congregation for Catholic Education released a document titled “Male and Female He Created Them”.

Trans and gender diverse activists, organizations and networks are putting together an international petition against this blatant reproduction of ignorance, fear and hate that has been disguised as education, dialogue and love.

On the 50th Anniversary of Stonewall, we invite you to rebel with us! 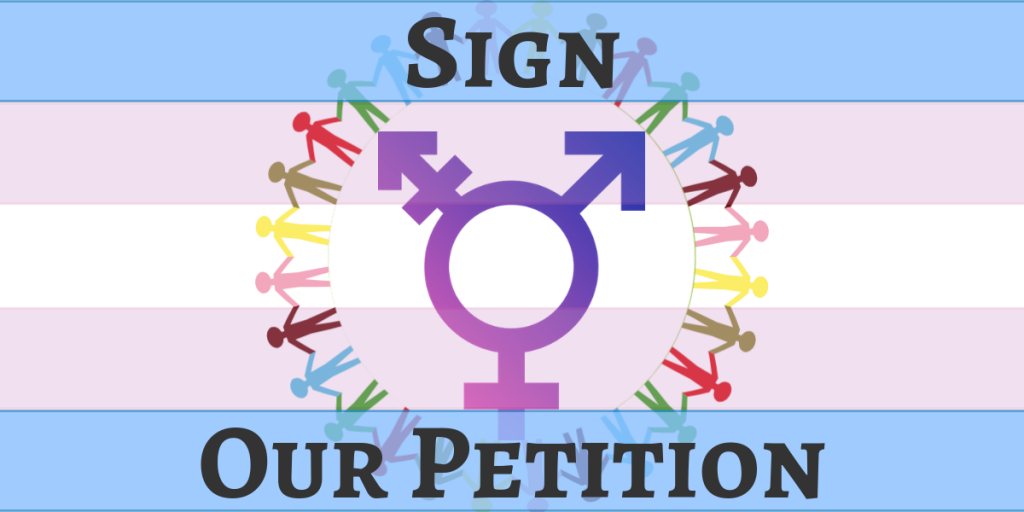 We call today upon the Congregation for Catholic Education:

We urge you to work with us to ensure access to education for all trans and gender diverse children, and to eradicate, for good, all forms of hate against them, including in teachings and curricula.

We encourage the Catholic Church to engage transgender communities to better understand the impact of anti-trans rhetoric upon trans communities, and the ordeal many have to face as a result of this rhetoric, and to grow and foster relationships rather than destroy them.

We demand that you acknowledge the consequences of historic and current persecution against trans and gender diverse communities in the name of Catholicism, and to make a commitment to stop reproducing it.

Trans and gender diverse activists, organizations and networks from around the globe have received with concern the document recently released by the Congregation for Catholic Education entitled “Male and Female He Created Them”: Towards a path of dialogue on the question of gender theory in education.

The document has been “offered for use by parents, students, school leaders and personnel, bishops, priests, religious, ecclesial movements, associations of the lay faithful, and other relevant bodies”.

Unfortunately, and despite declaring good and loving intentions, the document contributes to fostering stigma, discrimination and violence against trans and gender diverse people both inside and outside Catholic institutions.Trans and gender diverse people are presented as the outcome of “theories aim(ed) to annihilate the concept of ‘nature’”, as “‘provocative’ displays” against traditional ways of living, a threat to families and societies and, ultimately, as examples of the “same ‘liquidity’ and ‘fluidity’ that characterize other aspects of post-modern culture, often founded on nothing more than a confused concept of freedom in the realm of feelings and wants, or momentary desires provoked by emotional impulses and the will of the individuals, as opposed to anything based on the truth of existence”.

Trans and gender diverse people have existed from the beginning of time across all  societies, and we play a central role in many historic and current religions. Too often, however, we have been persecuted, incarcerated, tortured and executed in the name of Catholicism. In some cases, we have been erased from the memory of our own cultures, or have been exterminated within those cultures. Despite these efforts to eradicate our past, our history survives, in the current lives, practices and beliefs of many indigenous peoples around the world. We survive. We are not a recent phenomenon, nor an anomaly associated with recent theories or technologies. Quite the opposite: our history is that of survivors of genocides inspired and justified by institutionalized religions, including Catholicism.

We deeply regret the document’s insistence in framing trans and gender diverse people as dangerous when, in fact, we ourselves are in danger. We face stigma, discrimination and violence everywhere, including in those places where we should feel safest, such as schools and churches. This results in the current and ongoing high rates of violent murders, suicide and suicide attempts, and unstable access to housing, healthcare and basic rights, among other issues.

Trans and gender diverse people do not pose a threat to families. Quite the opposite: we are struggling to remove sterilization as a requirement for legal gender recognition in many countries across the world. This requirement is a violation that  impedes our access to a basic human right that is a recognized component of the right to recognition before the law within the Universal Declaration of Human Rights. We struggle against the imposition of forced divorce as another requirement for legal gender recognition that violates our right to family. We struggle to keep custody of our children, to be able to adopt children and to ensure access to reproductive choices for all. We are family members; we bring into this world  our own children. We create our own families, bound by respect, care and love.

Trans and gender diverse people are endangered in this world that is defined by only the most powerful and privileged among us, those who benefit from the perpetuation of systems that oppress and exclude based on differences, such as colonization and imperialism, socio-economic and racial injustice, human rights violations, and secrecy, silence and shame. Trans and gender diverse people exist as members of the Catholic Church. Suicide rates within trans and gender diverse communities are already incredibly high, so for those who are Catholic to be rejected by their own religious community could have a direct impact upon these already very high rates of suicide.

We recognize that the document aims to be included within high-level academic dialogue. However, although it alludes to different scientific disciplines, it does so with a notable lack of rigor, distorting its positions and referring exclusively to religious texts. The enriching dialogue, to which we are absolutely open, is incompatible with the dishonesty and epistemic irresponsibility that this document expresses. We believe that to provide resources responsibly to any educational practice, one is required to first educate oneself. For our part, we are more than willing to provide relevant peer-reviewed literature, explain it and discuss it with you as many times as necessary.

We call today upon the Congregation for Catholic Education to join, without hesitation, our movement against stigma, discrimination and violence; to support the right to access to rehabilitation and reparations for all trans and gender diverse victims of human rights violations.

We urge you to work with us to ensure access to education for all trans and gender diverse children, and to eradicate, for good, all forms of hate against them, including in teachings and curricula.

We encourage the Catholic Church to engage transgender communities to better understand the impact of anti-trans rhetoric upon trans communities, and the ordeal many have to face as a result of this rhetoric, and to grow and foster relationships rather than destroy them.

We demand that you acknowledge the consequences of historic and current persecution against trans and gender diverse communities in the name of Catholicism, and to make a commitment to stop reproducing it.

Lastly, we fully agree with you: a new path of dialogue is needed. That new path is  depathologization, and it starts with all people and institutions acknowledging our intrinsic right to be who we are.

📢UPCOMING WEBINAR! On 8 Dec, @gnpplus hosts a discussion on the linkages of criminalisation to violence perpetrated towards marginalised groups including people living with #HIV and key populations