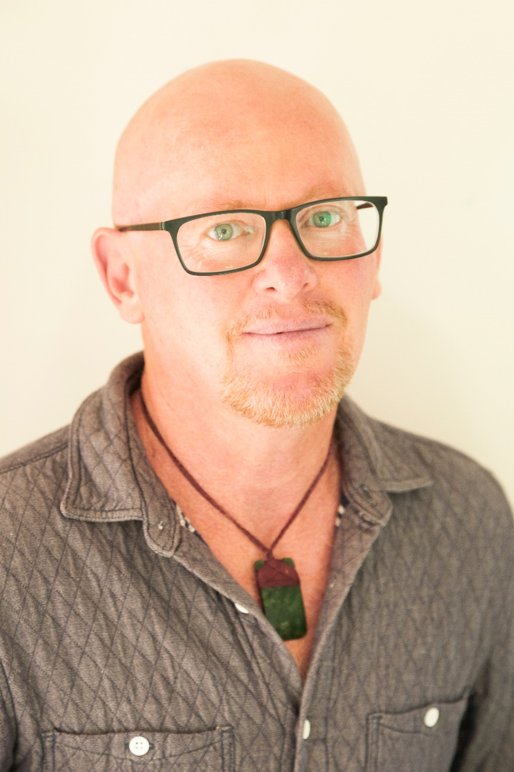 Jack is a trans masculine activist and human rights researcher from Aotearoa (New Zealand). He has been a community activist since 1981, initially within lesbian and then queer communities, before transitioning in 2002. Jack’s trans activism nationally, regionally, and internationally has focused on the right to health, depathologization, and legal gender recognition. His passion is intersectional coalition politics including projects to reduce violence, poverty and homelessness and that promote the rights of indigenous peoples, workers, people with disabilities, and refugees and asylum seekers.

What is the situation for trans people in your country?

Trans people are not explicitly protected in anti-discrimination laws in Aotearoa (Māori name for New Zealand), although since 2006 there has been widespread agreement by all governments that provisions that prohibit sex discrimination also prohibit discrimination on the basis of gender identity. For many years, our communities have called for these legal protections to be more explicit by adding gender identity, gender expression and sex characteristics as prohibited grounds for discrimination in our Human Rights Act. We have also called for resources stating explicitly what these rights imply for trans people, encompassing all areas of our lives, including our rights to access single-sex spaces and activities, and the responsibilities of schools, employers, sports bodies and others to uphold those rights.

There are currently very few statistics available about trans communities in Aotearoa, although mid- 2019 will see the publication of Aotearoa New Zealand Trans and Non-binary Health community-led Survey, Counting Ourselves. Existing data tells us that our communities face really high levels of bullying and sexual violence and have very high rates of suicidal thoughts and suicide attempts. Many of the struggles that trans people face here revolve around economic exclusion and homelessness. It is still common for trans people to quit school early because of bullying and violence, and while there are some trans people in high-profile jobs, it remains much harder to get a job if people realise that you are trans.

Aotearoa’s public healthcare system provides inconsistent, limited access to gender affirming healthcare. There is some access to hormone specialists, top surgery funding, and counselling, and almost no access to funding for hair removal treatment. The waiting list for gender affirming lower surgeries currently stands at approximately 70 years. This means that most people are self-funding significant amounts of their gender affirming healthcare needs, including counselling support. Our communities have lobbied hard for change, and finally the current government is listening seriously to these issues. However, opponents of trans rights continue to run surveys designed to show the lack of wider support for trans health issues, with the aim of highlighting the potential electoral fallout from governments funding these services.

The biggest threat to the rights and lives of trans people in Aotearoa is the rise of anti-trans extremism. There is a history of Aotearoa’s small religious-right movement targeting groups supporting trans, gender non-conforming, queer and questioning youth. Their political influence has been relatively small but is growing, with a new political party using the same rhetoric against ‘gender ideology’, and campaigning to remove the very minimal references to gender diversity that appear in Ministry of Education resources for schools.

However, the main group fronting anti-trans extremism is doing so under the guise of ‘women’s rights’, importing the same campaign used in the United Kingdom against proposed reforms to legal gender recognition there. Some refer to those campaigning against our rights as trans-exclusionary radical feminists (TERFS), while others refer to them as anti-trans extremists. Regardless of what term is used, their campaigns ignores the fact that a self-declaration model for legal gender recognition has existed in Aotearoa since changes to our passports policy in 2012, and that the details on a New Zealand birth certificate do not define a person’s legal sex here. While many of us navigate life in Aotearoa without amending our birth certificate, the current Bill is important because, in some circumstances, a birth certificate is required as additional evidence of identity alongside a photo ID such as a passport.

As members of our communities know, the arguments used by anti-trans extremists are steeped in myths and stereotypes. Many Aotearoa feminist organisations, including women’s refuge and rape crisis centres, have spoken out against anti-trans extremism. However, these arguments have still managed to gain traction, including within some key government agencies, resulting in the stalling of proposed changes to our current process for amending gender markers on birth certificates.

What is the local trans community doing to challenge transphobia?

Gender Minorities Aotearoa is one of the groups that is part of an informal coalition countering this backlash. Its work is powerful because it celebrates our communities, including our long history of gender diversity within indigenous communities, to counter the imported transphobic hatred. The Gender Minorities Aotearoa website includes material about supporting the Bill that would introduce a self-determination model for birth certificates, including ways to respond to the arguments used by those opposing such an approach.

Our allies in Aotearoa include other groups fighting against extremism, and feminist organisations that have revised their policies to be inclusive of trans women. Investigative journalists have interrogated the many gaps, flaws, and lack of evidence behind campaigns against trans rights, and profiled stories of the difference this law change would make for our communities. Parents of trans children and youth have been strong allies because a birth certificate is really important when navigating their children’s right to education. Current and former human rights commissioners, and legal academics have also stood by our community.

My personal reflection is that the backlash we are facing is because we are asserting our fundamental human rights to self-determination and bodily autonomy. Our greatest tool to resist in these times is to create safe places to fully express ourselves without fear. Here, in Aotearoa, my spirit is fed by the artists in our communities who have celebrated who we are, the writers and spoken word performers who have named what is happening, and all the activists who have refused to give up. Gender Minorities Aotearoa’s many poster campaigns are an important part of that vibrant resilience. 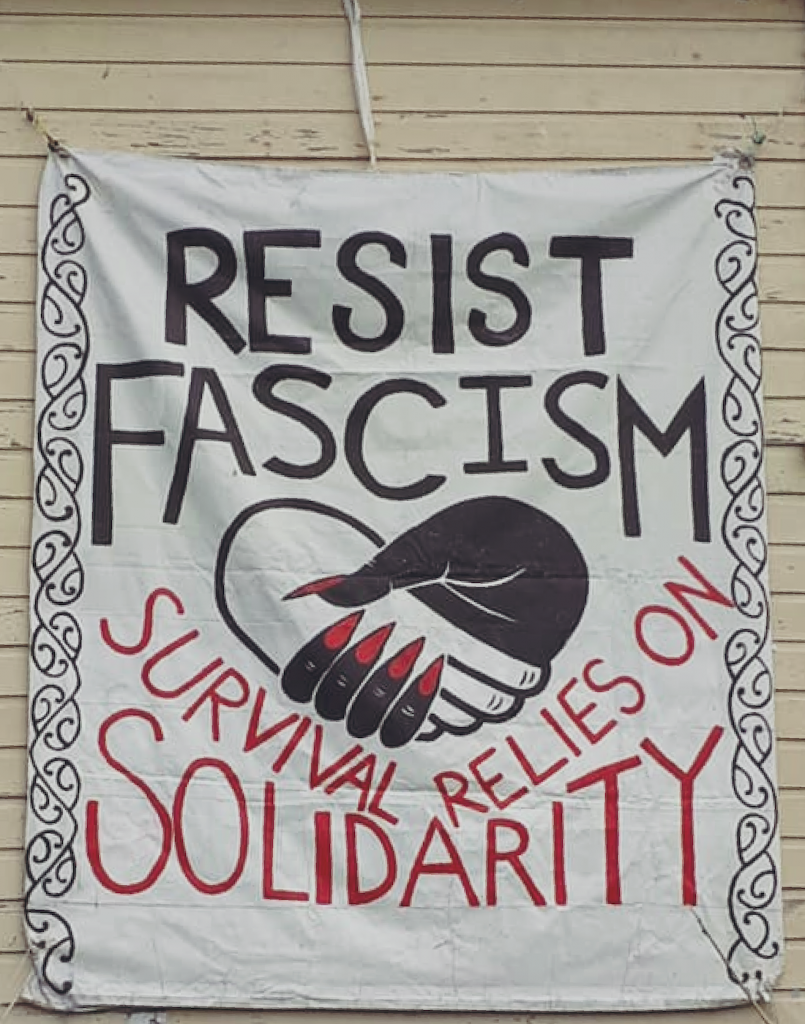 How can trans allies and the international community help?

One of the most important things that local, regional and international allies can do is to name the backlash that is occurring right now. The rights of trans people to access the same rights as other people – to equal recognition, and protection before the law – is under attack.

Our communities have been told we need to be patient and to ‘bring people with us’ and that this is about finding a ‘middle ground’. The language of ‘balancing competing rights’ is seductive – but ignores the fact that this campaign aims to remove pre-existing rights for trans people, such as access single sex facilities and spaces, and is causing harm and provoking attacks on our communities. There is no evidence that such measures are needed to protect the rights of cisgender women. It is important to name cisgender people’s discomfort around trans people as harmful, and to challenge any attempts to use such discomfort as a justification for undermining existing human rights obligations.

I am writing this piece just weeks after terrorist attacks by a white supremacist against Muslim communities in our country. It feels like there are very important analogies we need to make to be effective in opposing an underbelly of fascism, racism and white supremacy that has been allowed to maintain a presence in Aotearoa. Migrant, refugee, Muslim, and indigenous communities have experienced and named that violence for a long time, but their concerns have been largely ignored. It is only very recently that any attention has been given to the barriers that trans refugees and asylum seekers face in Aotearoa, with very limited government support and no legal gender recognition until they are permanent residents.

My hope is that current backlashes remind us to look beyond our immediate neighbours and communities to build alliances that counter any forms of fear-based extremism that are designed to divide us. 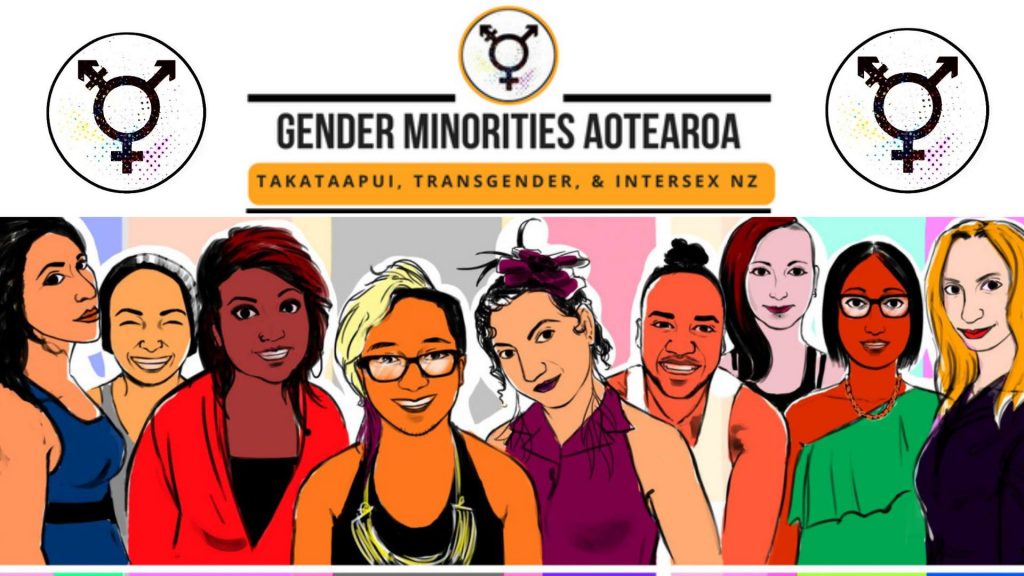 Manage Cookie Consent
To provide the best experiences, we use technologies like cookies to store and/or access device information. Consenting to these technologies will allow us to process data such as browsing behavior or unique IDs on this site. Not consenting or withdrawing consent, may adversely affect certain features and functions.
Manage options Manage services Manage vendors Read more about these purposes
View preferences
{title} {title} {title}
Support GATE's GivingTuesday Campaign!