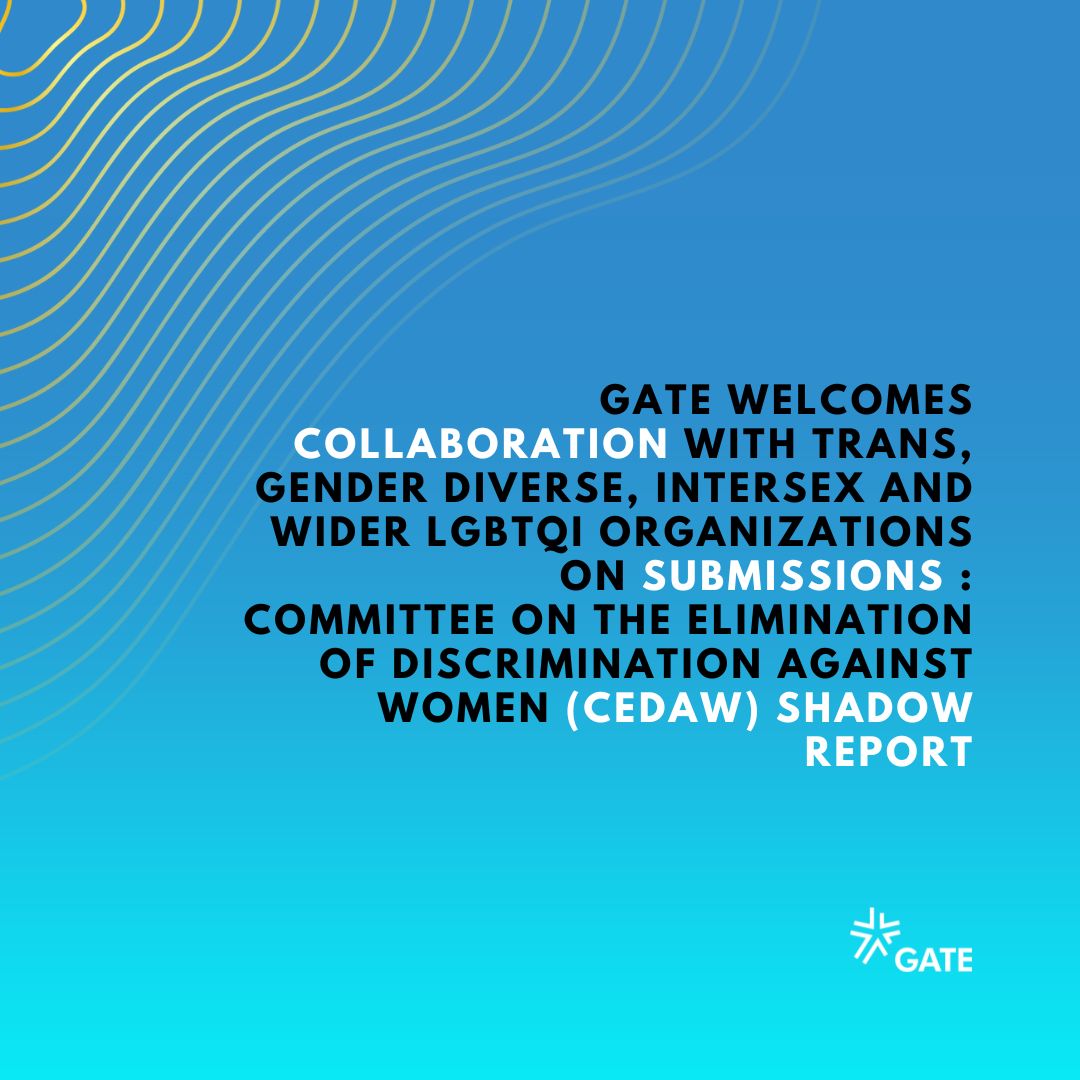 The Committee on the Elimination of Discrimination against Women (CEDAW) is the body of independent experts that monitors the implementation of the Convention on the Elimination of All Forms of Discrimination against Women. In countries that have ratified the treaty, CEDAW has proved invaluable in opposing the effects of discrimination, which include violence, poverty, and lack of legal protections, along with the denial of inheritance, property rights, and access to credit. CSOs can engage with the Convention and influence its application to bring the desired change by submitting shadow/alternate reports.

How can GATE help?

GATE can provide assistance with shadow report submissions for trans, gender diverse, intersex and wider LGBTQI organizations. In particular, we are interested in highlighting the opposition that trans and gender diverse people face from anti-gender groups and engaging in strategic collaboration to advocate for specific recommendations regarding this issue. Our analysis shows that anti-gender groups are growing in power and geographical reach, and becoming more successful in pushing back against the hard-won gains by the LGB, trans and gender diverse, and intersex communities. If your analysis shows that this problem is relevant to your context, please reach out!

Who can submit reports, why is it important, and what can be included?

Representatives of national and international NGOs are invited to provide country-specific information on States whose reports are before the Committee and the pre-session working group. NGOs are encouraged to submit their alternative/shadow reports or other country-specific information to the pre-session working group that prepares the list of issues and questions for each reporting State.

Reports from national NGOs are of particular value to the treaty bodies in examining State reports, as they provide an alternative source of information on the human rights situation in a particular country. If an NGO does not have the time or resources to submit a comprehensive report prior to the session of the relevant treaty body, it should consider at least sending a brief submission highlighting key issues that deserve the attention of the committee. In addition, NGO reports can contain suggested questions and recommendations that the treaty bodies can use in their examination of the State report.

Coordination of report writing amongst NGOs is highly encouraged as it is vital to maximize the limited space and time given to NGOs for interacting with the Committee, and is also a way to give added weight to information submitted to those treaty bodies.

In the preparation for your submission, check State party’s reports.

We also suggest that you consult the following handbooks:

Expected dates of consideration for CEDAW can be found on the UN Treaty Body Database (filter for Treaty: CEDAW and check future years, in case your country is not listed under the current year).

Interested in support with other UN engagement? We can also assist with civil society submissions to UPR.