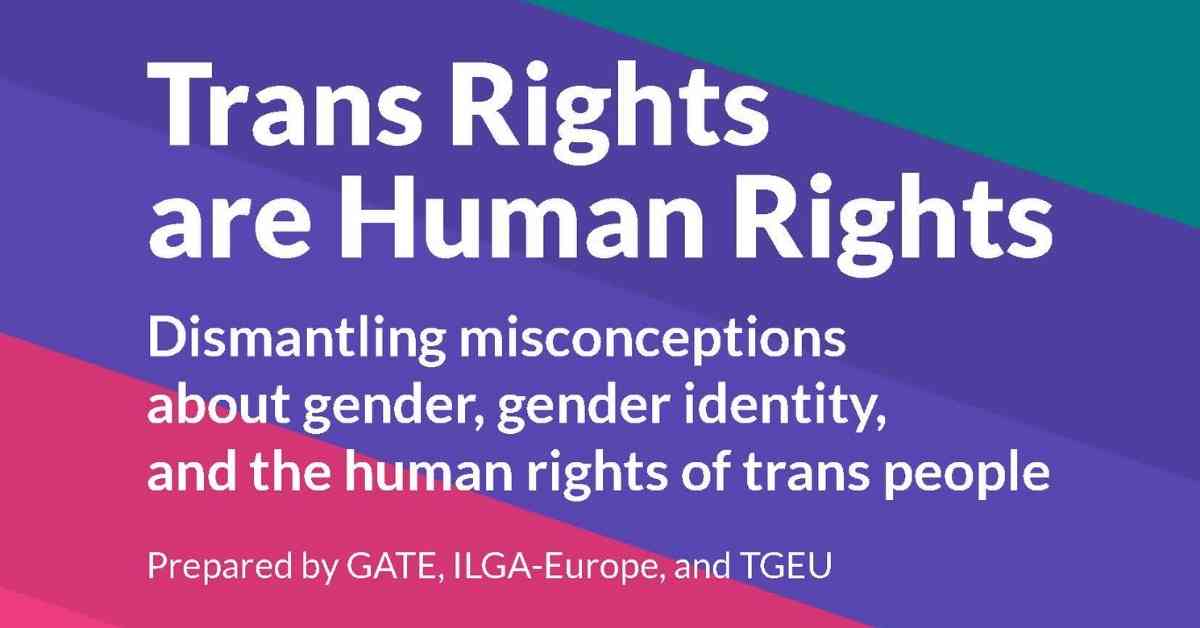 Dismantling misconceptions about gender, gender identity, and the human rights of trans people

Over the last years, we have seen important advances in recognising and advancing the human rights of trans people across Europe and globally. Several countries have started to review their policies and legislation for legal gender recognition, i.e. establishing procedures that enable trans people to have their gender recognised by the state without harmful requirements such as sterilisation or divorce, for example.

Trans people are also finally more represented in mainstream media, with trans voices participating in online news outlets, trans politicians and political leaders in important positions, trans actors playing trans roles in film and television, and representation in many other areas of life. Compared to only 10 years ago, there has been an important shift in the visibility of trans and gender diverse people around the world.

Unfortunately, these developments towards the respect of human rights of trans people and a society that is safe and welcoming to trans people, come with a strong backlash. Visibility does not automatically lead to larger societal acceptance. Targeted attacks against trans rights aim at stopping the necessary and long-awaited reforms of legal gender recognition procedures, and at the same time launch a wider attack at gender equality.

The following paper aims at helping dismantle these falsely constructed arguments and provide talking points and references to address these false claims. This resource is designed for policymakers seeking to improve their ability to argue in favour of the human rights of trans people, as well as activists who work with policymakers on the same. The information and speaking points included here are being used extensively by trans activists in Europe in their efforts to combat anti-trans narratives and actors.

This paper is available to download in English, Spanish, Hungarian and Russian:

💻 Do you have expertise in MoodleCloud?

Congratulations to our Board Member Chamindra for her appointment as the new Director of Programs and Global Partnerships at GATE! https://twitter.com/GATEOrg/status/1621057031263367168