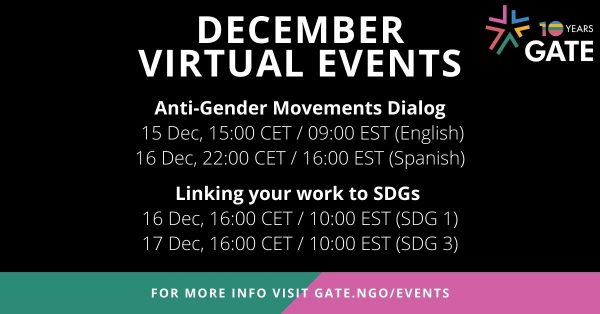 Since its beginnings, trans activism has responded to stigma, discrimination and violence with strategic planning, collective organizing and political mobilization. Today, more than ever, it is time to come together to strategize, organize and mobilize.

At this moment, and in different parts of the world, trans people´s human rights are at a challenging crossroad. This is a result of the convergence between conservative anti-gender movements (e.g., far-right governments, parties and groups, as well as religious institutions) and radical anti-gender movements (e.g., some feminists and LGB organizations and individuals). In addition to those movements, trans people are being targeted by anti-science ideologies, conspiracy theories and other kinds of social panics. As a consequence, trans people everywhere are facing not only an increases opposition to their human rights, but also an increasing opposition to their right to exist at all.

Through this virtual conversation, we propose to expose and share our analysis of the current situation, map ongoing conflicts, and identify opportunities for solidarity and resistance.

Leave No One Behind: Linking trans & gender diverse work to SDG 1

This webinar conversation will highlight three factors, contributing to the poverty indicators in the trans community, globally:

Health and well-being are often central to the work activists and organizations that focus on trans and gender-diverse individuals. But how does this work tie in with the Sustainable Development Goals (SDGs), specifically SDG 3: Good Health and Well-Being?